Here it is Tuesday already. I had a post all planned out for last Thursday. But then we lost power late Wednesday night. And got it back on Thursday night, a full twenty-three hours later. Needless to say that trumped any plans I might have had for posting here. So instead of my intended Thursday post you'll get pictures from this weekend.

On Friday we went to Frankenmuth, MI. Justin's family goes there on a regular basis. It's a darling little town. Located in the heart of Michigan about an hour north of Lansing, Frankenmuth is nicknamed 'Little Bavaria'. It's settlers were German and were dedicated to preserving the German way of life. 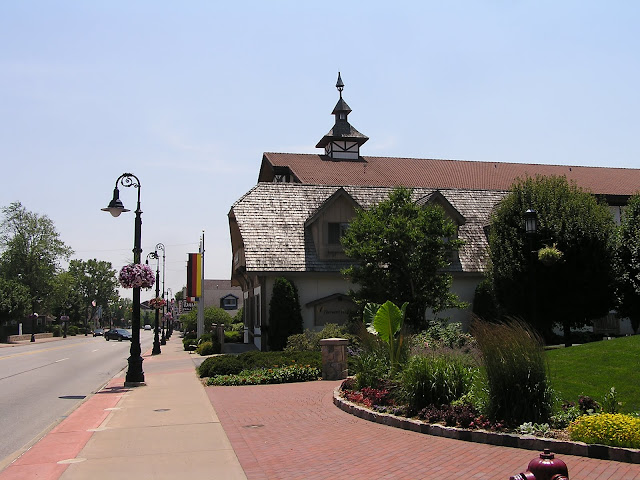 The town has a strict building code. Even the Drury Inn was built in the German style. 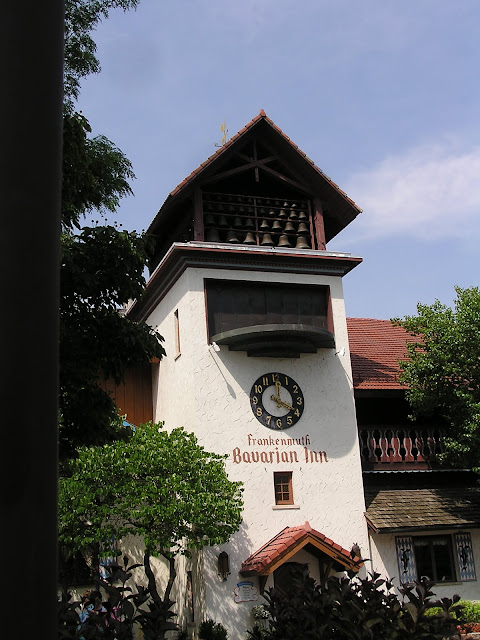 The inn downtown had a bell tower that chimed on the hour. 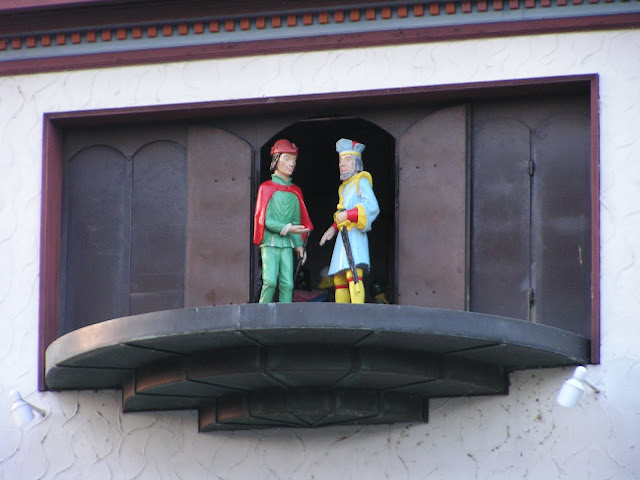 It also told the story of the Pied Piper every three hours. 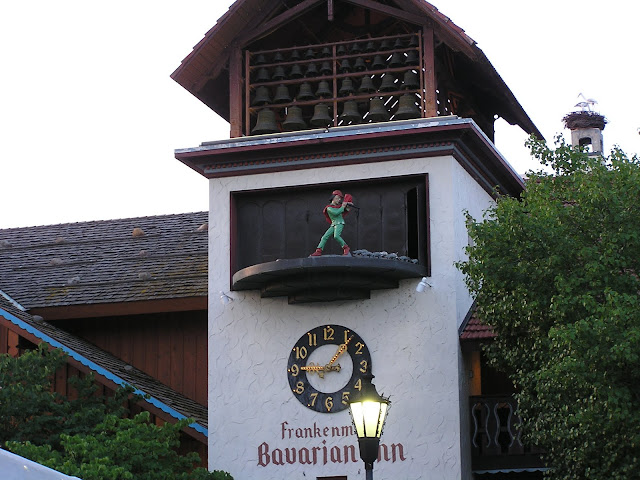 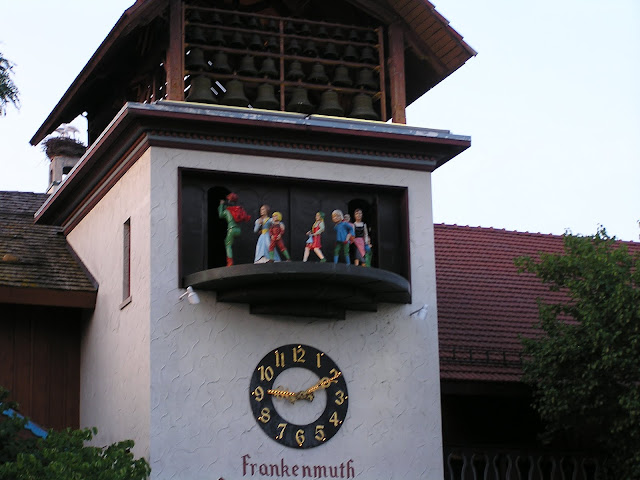 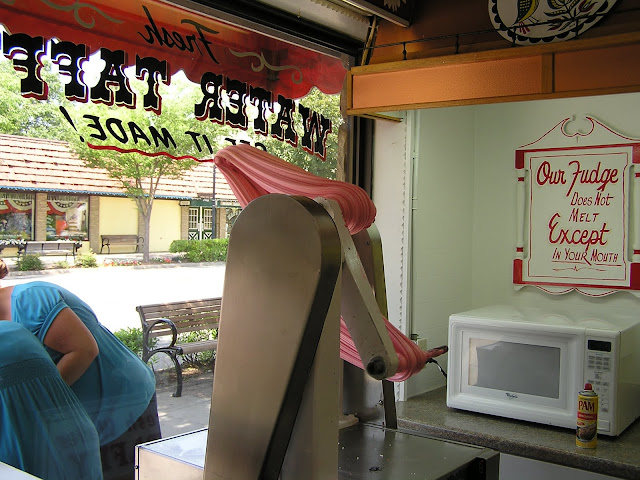 There were more little shops and goodies to see than I could possibly have documented. The Candy shop that I've forgotten the name of was my favorite by far. The salt water taffy was to die for. None of that nasty store bought stuff. This was homemade. Fresh and soft and everything taffy should be.

And then there's this other place in Frankenmuth: 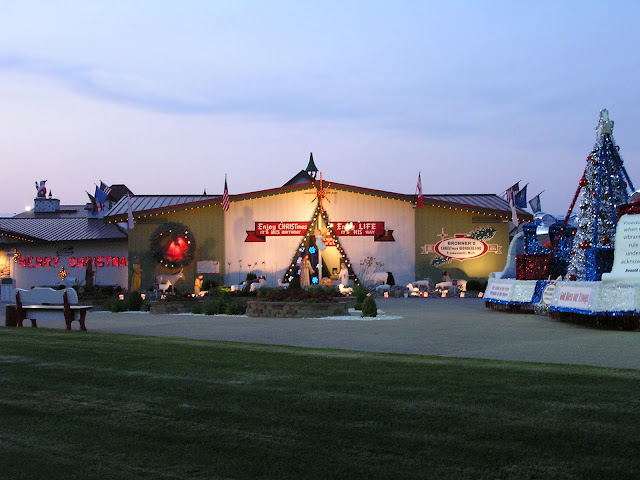 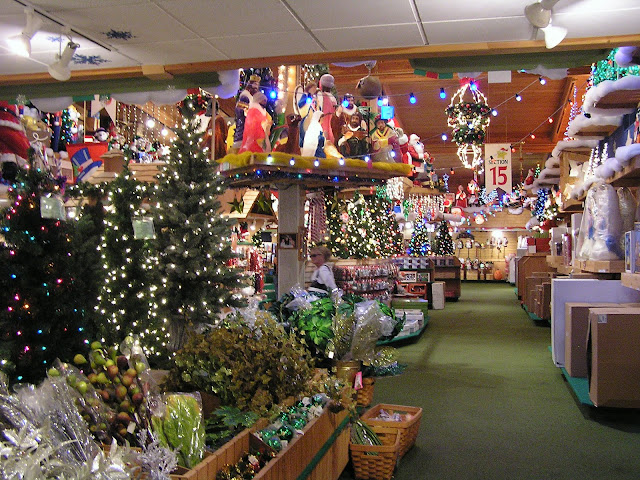 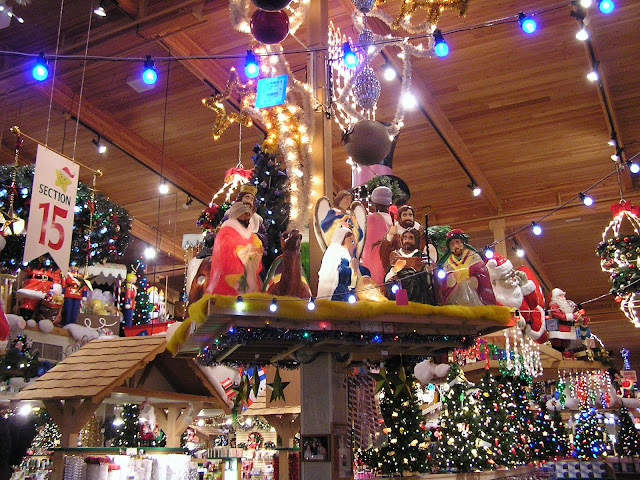 It was chock full of things. Ornaments and decorations everywhere you look. 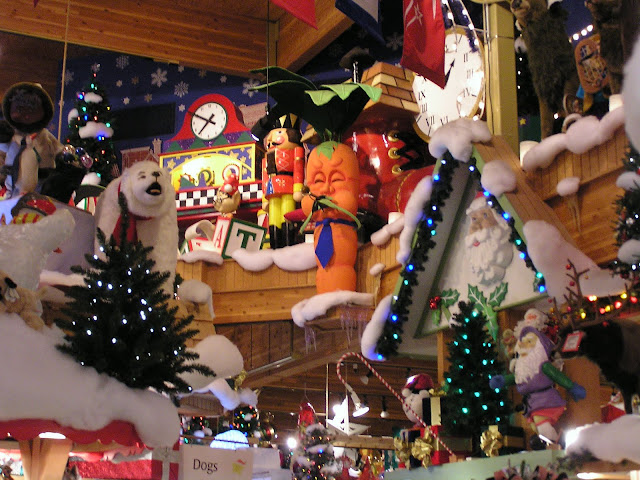 I particularly loved this carrot playing the trumpet. 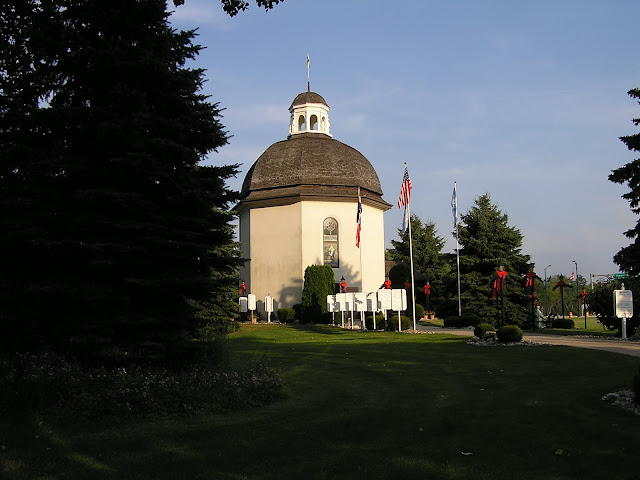 On their grounds, they had the most adorable prayer chapel, called the Silent Night Chapel. 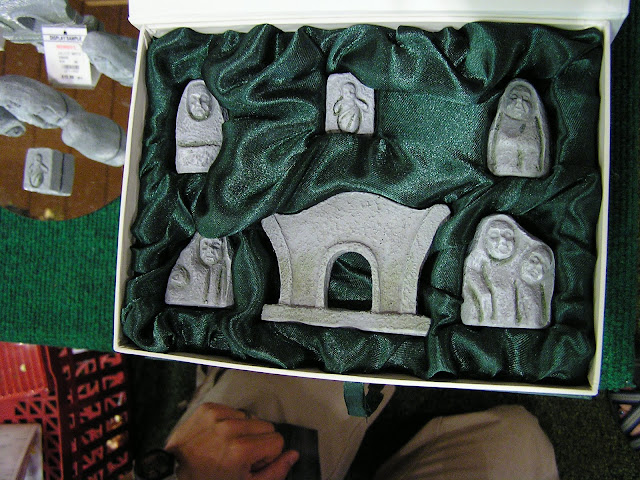 One of the many things we bought at the store. Justin picked it out actually. I was impressed.

We had a really good supper at the Bavarian Inn. I had weiner schnitzel and there was so much food! Multiple courses and several items in each course. I definitely enjoyed trying new foods.

All in all, it was a very nice day trip. Three hours each direction is not bad drive. Particularly when you have someone as fun as Justin in the car with you!
Posted by Unknown at 3:56 PM