Ahh... life! Amazing beautiful thing that it is. Things continue to flow. This week marks the start of the mad six week rush to finals. I'm anticipating this semester to be the easiest in a long time. That and our beautiful weather have conspired to make me a very happy girl! Their predicting that it'll be 70 degrees tomorrow. Oh happy day!
I've begun my research into container gardening. The library books have taken over my desk and appear to be breeding. I swear everytime I go into the office there are more books than the last time. What a wonderful problem to have. Unfortunately I'm returning some of these books to the library today. Hopefully the ones I keep won't be too traumatized. I need them still. They'll be reunited with their lost loved ones soon. I promise!
Our weekend consisted of Easter with Justin's family, the Grand Re-Opening of the Museum of Art, and supper and a movie with Joel. A wonderful start to the week. It's Joel's spring break so we made him come along to the Museum with us. He didn't resist too much though. Metavari was playing and Joel loves them as much as we do. Okay, probably more.
Registration for summer classes/fall semester began yesterday. I picked out all my classes a few weeks ago, reconsidered and picked out different ones this week. I am officially registered however. I'm taking fifteen credits in the fall semester with probably another nine over the summer. It'll mean no summer break for me. But it'll also bump my graduation up from December of 2011 to May of 2011!! That's a huge jump. I can't wait to be done!
I can't begin to express how glad I am that it's spring. Sunshine and warm air and getting to have my windows open and t-shirts! So many wonderful things are beginning. It makes my heart happy.
Posted by Unknown at 1:33 PM No comments:

It's finally spring!! While the official day was Saturday, the last week of winter was decidedly spring like. It was sunny and warm! In the 60s most days! I spent much my week outdoors trying to begin a tan. While the prospect on a whole is laughable I managed to succeed in remaining pink for most of the week ;-) 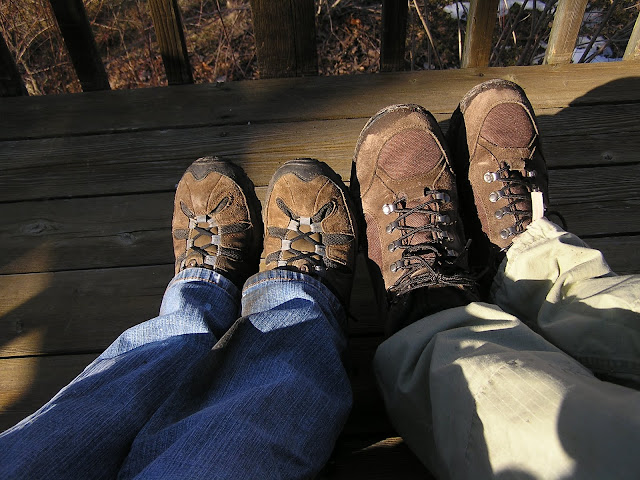 But the most wonderful part of it all? Sandals!! Lovely, summery sandals! Those who spend all year round wearing sandals cannot possibly appreciate the wonder that they are. It is amazing to be able to take off my boots and (double) socks and not feel like my toes are about to fall off. 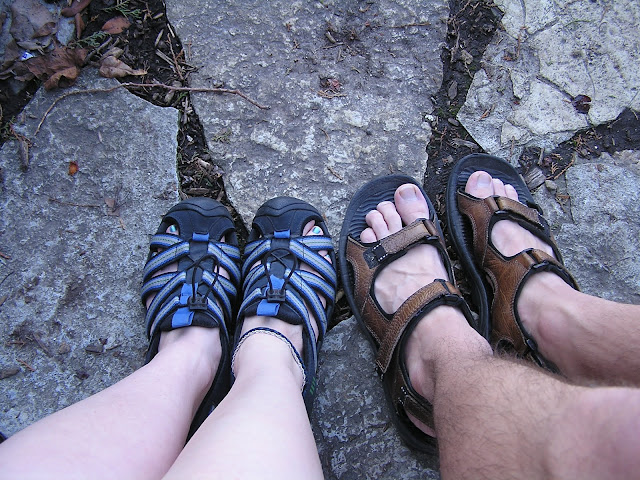 On the downside this means that I must start doing a better job of painting my toenails on a regular basis. And shaving. And wearing sunscreen. But it's worth it. Because it's finally spring!
Posted by Unknown at 2:25 PM No comments:

I apologize for my long absence. There are many excuses I could make. It could have had something to do with studying for my midterms. But I'm done with that. It could have had something to do with taking those same midterms. But they're done too. It is also possible that it could be related to the fact that it was so beautiful during my spring break that I couldn't bear to stay inside and write anything. But that wouldn't be true either. Or at least not the whole truth.

The truth of the matter is that I haven't quite known what to write here. There you go. The actual truth. I don't have an excuse. It's not that there haven't been things going on. Discussions have been had. Trips have been made. Pictures have been taken. But somehow none of them really seem to matter at the moment. There are things weighing on my mind that feel to be more important than the mundane. The only problem is that I don't have a good enough grasp on them to be able to explore them fully.

There are a variety of topics all jumbled together and entwined. They are all important individually but collectively they are more so. These past few weeks have brought discussions about work, school, children, finances and so on. No decisions have been made. Yet. But the fact of the matter is that decisions do need to be made. And decently soon. In the coming weeks and months.

I'm going to begin to cover these topics one at a time. I may never cover all of them. And the ones that I do cover are sure to overlap in many ways. I don't have decided opinions on any of them as of yet. But I am working at developing my thoughts and ideas on a variety of topics. Many of them I only have a vague idea of. But I'm getting there. All this to say that I have not left and I am looking forward to this chance to delve into the world of the unknown.
Posted by Unknown at 11:03 AM No comments: