I've been thinking about passive solar heating recently and it's a pretty amazing concept. Basically, the idea is to design a house that faces south (when you live north of the equator), has large windows, and some form of thermal mass (stone, concrete, or brick for example) that will absorb heat from the sunlight that comes in through the windows. The warm thermal mass traps and slowly releases heat into the room which means that your furnace doesn't have to run as often. That is a seriously fantastic idea! Everyone loves sunshine and free heat is awesome!


Passive solar is something that Justin and I have talked about on many occasions and would absolutely love to incorporate more of into our house. Obviously since we bought an existing house we won't be designing a passive solar house from scratch but there are things that we can change that would make our current house even more passive. Because of the age of our house it was actually designed in a more 'passive' fashion.

Our house was built in 1968 by Justin grandparents and was built for comfort according to 1960s standards. That included a boiler in the basement with hot water baseboards but did not include central air conditioning. In fact, central air wasn't installed until sometime in the 90s. Justin tells me that he remembers when it was installed. :-) That's good though because that means that our house has has lots and lots of windows, 21 if you count the screen doors, all of which open. The front of the house faces north and the main living areas of the house are all on the south side. There are eight southern windows and they let in a significant amount of light and heat.

Six of these windows are overhung by the roof and that's pretty much the best thing ever. There are two benefits to having your windows under an overhang of some sort. The first is that when it rains in the summer time the rain doesn't come in your windows unless it's storming and blowing. As people who rarely use the air conditioner and prefer to have the house open all summer this is perfect for us. And was also just a part of how the house was designed. No air conditioner until the 90s, remember?

The second benefit is that during the summer that bit of roof actually protects our house from passive solar heat. That might seem a bit counter productive since I've been talking about how much I love passive solar heat but you don't want the sun to heat your house during the summer! The over hang keeps the sun out of our house and actually helps to keep the whole house cooler. But during the winter, when the sun is further south, the over hangs are narrow enough that they don't block the sunlight. So overhangs block heat in the summer and allow heat into the house during the winter. This is pretty ingenious if you ask me and is one of my absolute favourite features of this house.

But, suppose that Justin and I want to increase the amount of sunlight that gets into our house during the winter time, what sorts of things could we do? The first thing that comes to mind is install more windows. That's definitely not something that all houses can accomodate but ours definitely can. When I look at the back of the house in the photo above there are two main places that stand out as options for windows. The first is on the left between the two sets of double windows and the other is at the right end of the house, in the master bedroom. Both of these are locations that could be improved by an additional window or two.

As you can see, there's a large chunk of wall that would look lovely with another window. There are two main options for this room: to install either a third set of double windows or a picture window that spans the area between sets. Obviously there are benefits and drawbacks to each. The main difference of course is that a set of windows would open and allow a breeze and a picture window would not. Cost and structural integrity are also things that we would have to take into consideration.

And then in the master bedroom who wouldn't love an additional or larger window. Maybe with a built in bench seat and bookcases? Of course it is a bedroom and we need a way to make the room dark (the neighbors have a street light in their backyard...) but I'm sure we could figure that out.

The other main way that we could encourage passive solar gain is by installing thermal mass, particularly in the main rooms of the house. That idea has the potential to be easier or harder than windows. It just depends on how we go about it. Simple would be something like replacing our carpet with ceramic tile or maybe stone floors. Travertine tile is beautiful. Or we could install a brick or stone fireplace in the main room of the house. We like that option a little better than stone floors. We both grew up in houses with wood burning fireplaces and miss it like crazy. We've been talking about wanting to install one ever since we bought the house. Putting in the fireplace would be perfect. We could have fires like we've been wanting and it would have help us in our goal incorporating passive solar heat into our house. It's a win-win!

You may be asking yourself 'Well, why doesn't the house have a fireplace already? That's normal isn't it?". Yes, yes it is. But when Justin's grandparents built this house there were only two things that Grandma insisted that she did NOT want: a fireplace and wood floors. Sigh. Oh well, guess we can't have everything!

Of course, we could certainly install a fireplace and more windows. But they both cost money and we'll have to do more research to determine the best option for our house. For now I'm just dreaming outloud! Tell me what you all think, though. Is passive solar something that you've thought about before or something that you think about when you visit other houses? Are there any ways that you could incorporate elements of passive solar design into your current home?

Happy 2015!!!! I hope you had a wonderful time celebrating the holidays and have had a relaxing start to the new year. I'm finding it hard to believe that the holidays are done and gone and that it's already 2015. But I know that it must be true because Justin went back to work yesterday and I packed up the Christmas decorations.


Justin had two weeks off and we spent them eating, sleeping, playing, and visiting family! It was so much fun to have him home with me and I miss him now that he's back at work. I much prefer it when he's home and I always feel unsettled when he returns to work after a long break. But I'll get used to it again and it'll be all good. 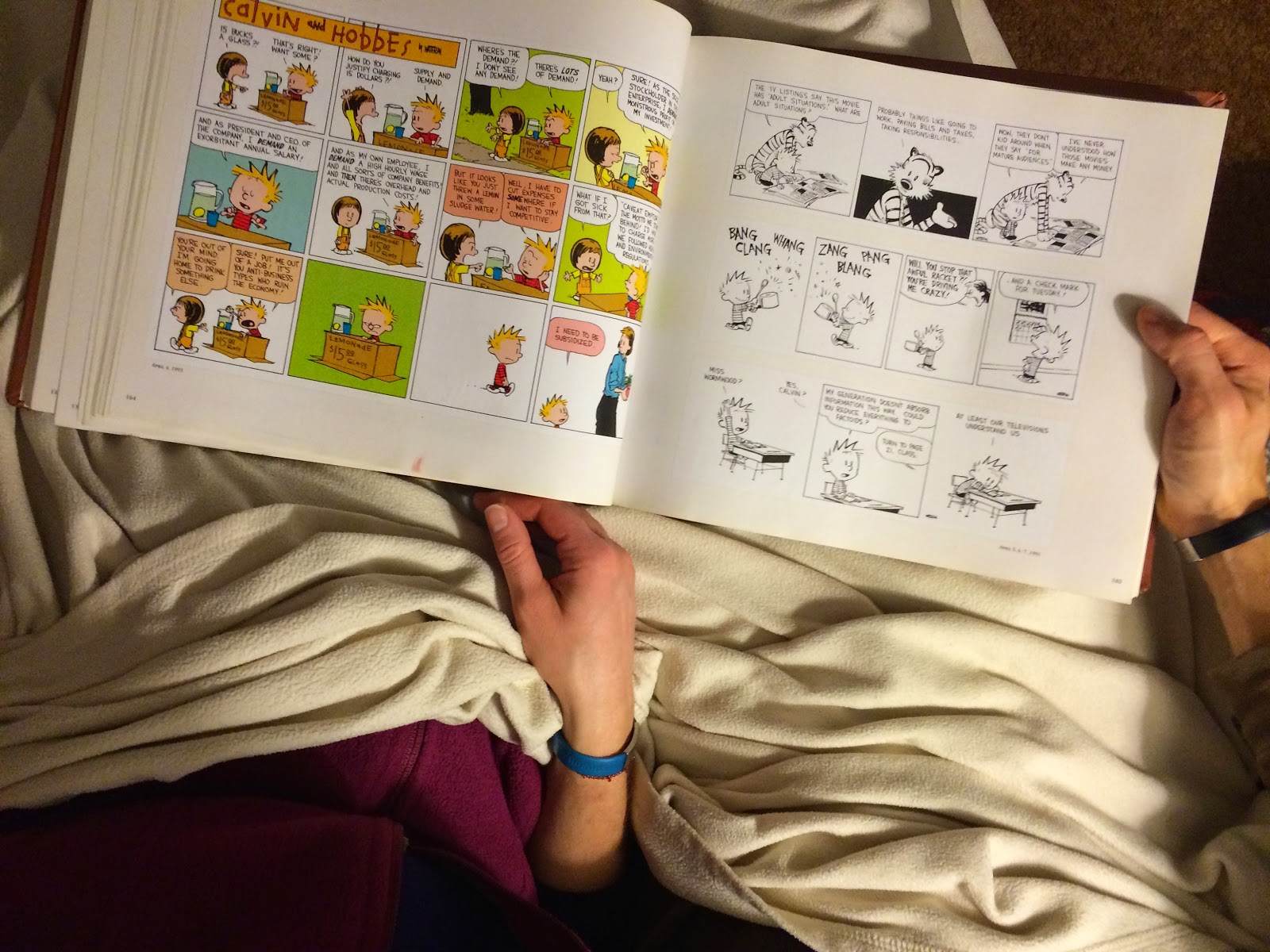 The only downside to having Justin home is that I don't write much when he's home. It's not that I don't have time. I definitely do. It's just that there are a million and one even more fun things that I can be doing! Like reading more books or watching cartoons (I got Dexter's Lab season 1 for Christmas!) or eating delicious. It's hard to type with a snack in your hand and your nose in a book.


But now that Justin's back at work again I hope to be here more regularly. I have things to say and photos to share, people! Now that the house is silent I can hammer out my thoughts for the new year. I think I pretty much have more one little word and goals picked out. Now to write them out!


I'll save all that for another day though. Right now it's sunny, 6F, and there's fresh snow. That means I get to go shovel!