November 20
7.28 in 1:25:57, average 11:48
Pretty unremarkable run. There was snow on the ground left over from earlier in the week and it made for interesting trail running. The combination of snow, leaves, and darkness made it much harder to tell where to step.

November 22
23.85 in 5:52:00, average 14.45
Interesting run temperatures were around freezing when we started and near 50F by the time we were finished. It was a very wet run. It rained on us at least four distinct times. They were spaced perfectly so that we'd just be finally getting dry and then it would rain again. Our feet were completely soaked with muddy water by the end from the rain, puddles, and melting snow. 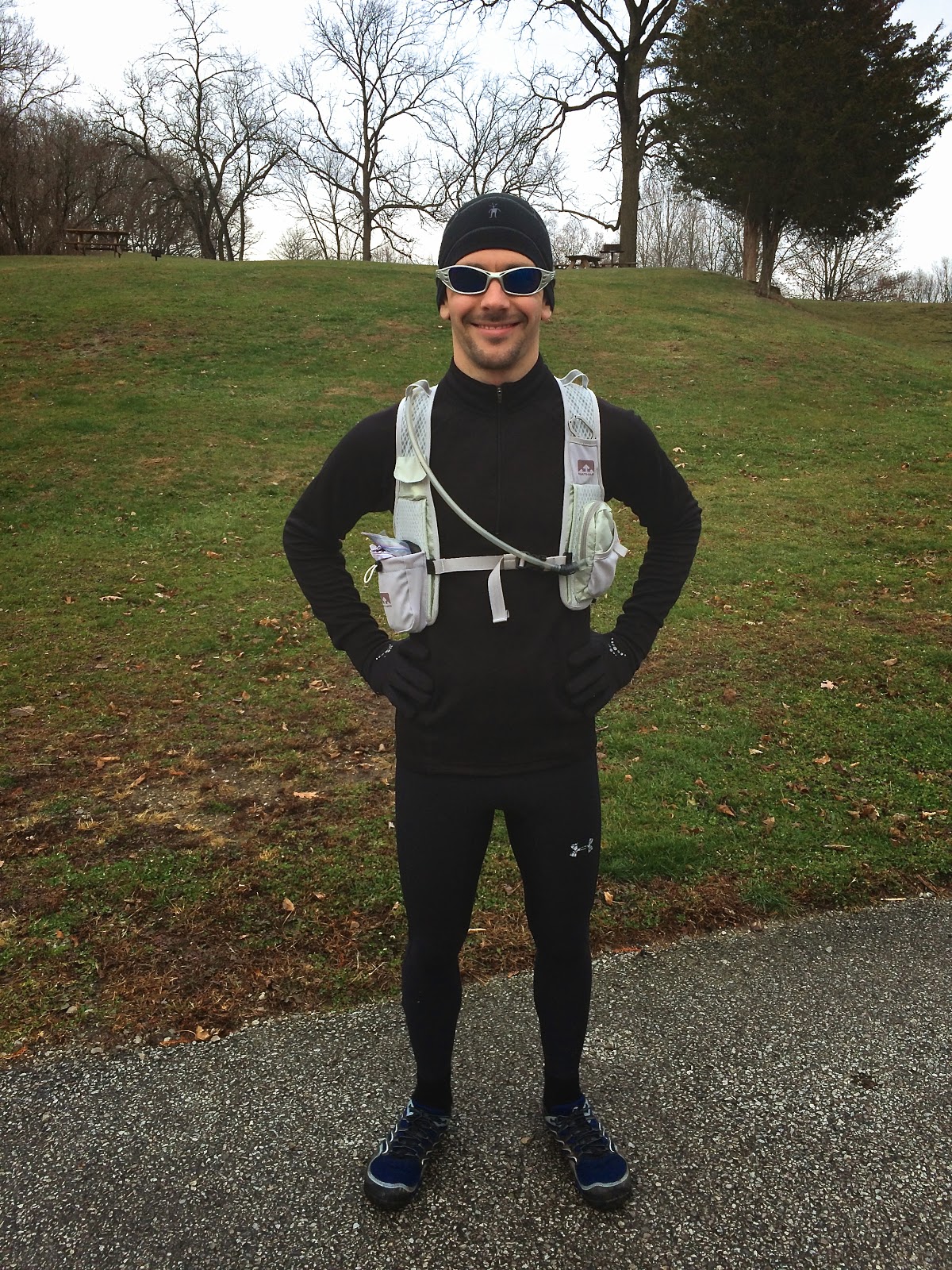 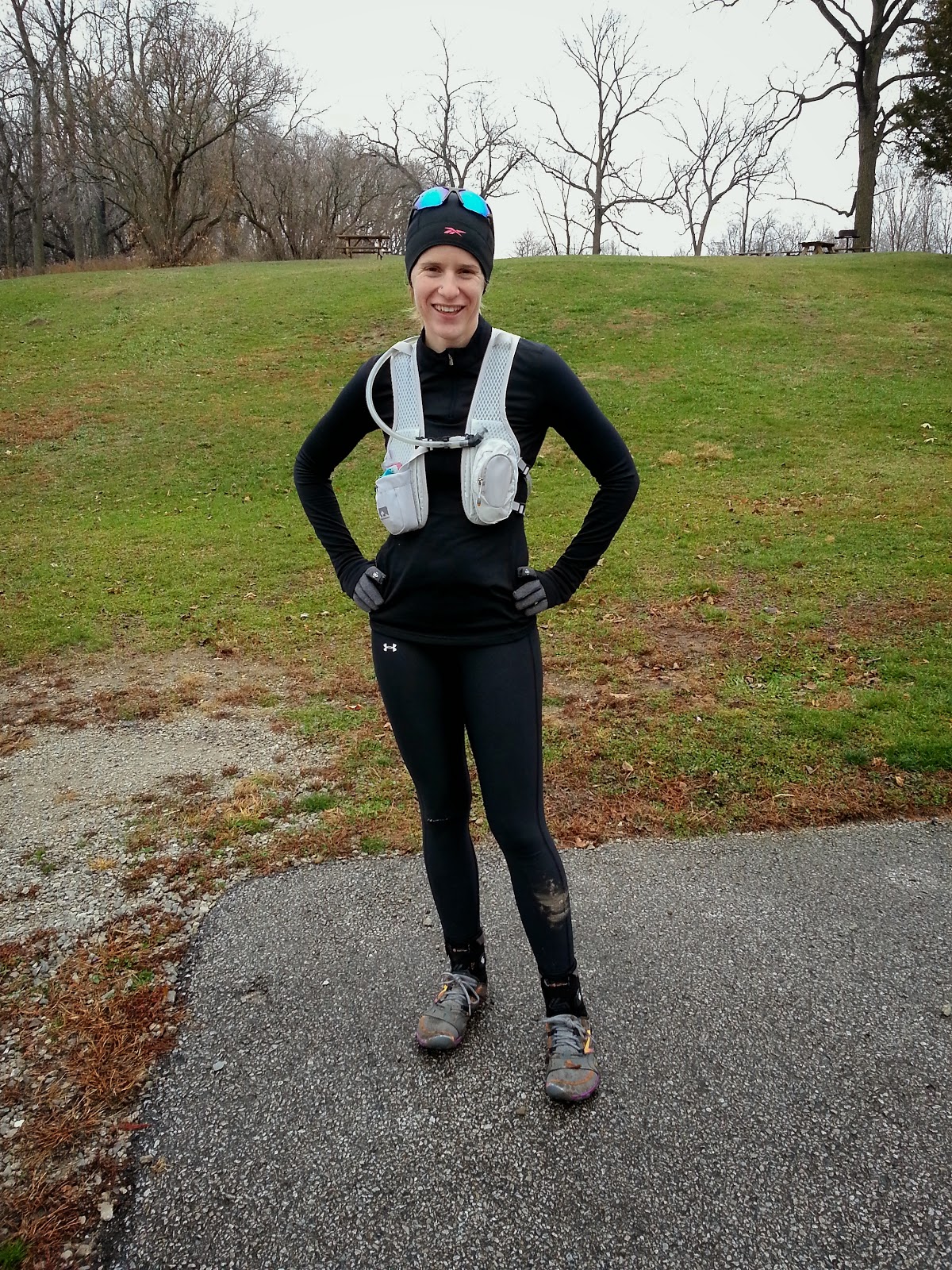 November 30
28.57 in 6:45:07, average 14:11
Good run. Fairly dry with only a few slippery patches. Started the run at 50F and was 60F by the time we finished. No hat, no gloves, and capris. It felt like freedom! We also ran our first marathons in this run as a by product of training. Just a little bit ironic.


Comments:
These last two weeks of running have been really good actually! We got in our last two long training runs before the Huff and they went well. Don't misunderstand me, I don't mean to say that they were easy. They definitely weren't. I was extremely tired and limping by the end of both of them. But I still consider them a success because I know that I can do this. 28 miles was very long and very sucky and by the last few miles I just about cried every time I had to go down a hill. But even at the end I was still feeling like I could do a couple more miles if I had to. And that's a wonderful feeling.

The last two runs have been a bit rougher in terms of food. We've had the up what we've been carrying and I'm still not sure that I'm getting enough calories. The other downside is the added weight. My shoulders have been sore today because of wearing the pack. For the 28 mile run I carried for myself:

I did pretty well on that amount and variety of food. Over the course of the 28 miles we stopped five times for foods/electrolytes and we really should have stopped a 6th time in the middle. Over all though I was pleased with our food choices. It was nice having a variety and every stop I had a different combination of things. That worked really well for me.

Physically, I've been feeling pretty good. My legs feel strong. They get very tired and hurt (sometimes a lot) by the end of runs but that doesn't last more than a day or two. Doing intensive stretching after the runs helps a lot. Especially the hour+ that we do after the long runs. It's amazing how much looser everything is after that. My right ankle is not particularly happy at any point. It makes squatting quite painful. But it does well with the brace and I can run on it. So I'm not too worried.

This week marks three weeks until the Huff 50k and the start of our taper weeks. The plan that we're (loosely) following calls for shorter runs of 13 & 10 the two weekends before the race. I don't know that we'll cut back that much since that plan is for a road marathon and we're running a trail ultra. We have to balance resting with not losing all of our stamina. I'll keep you posted on what we decide to do!