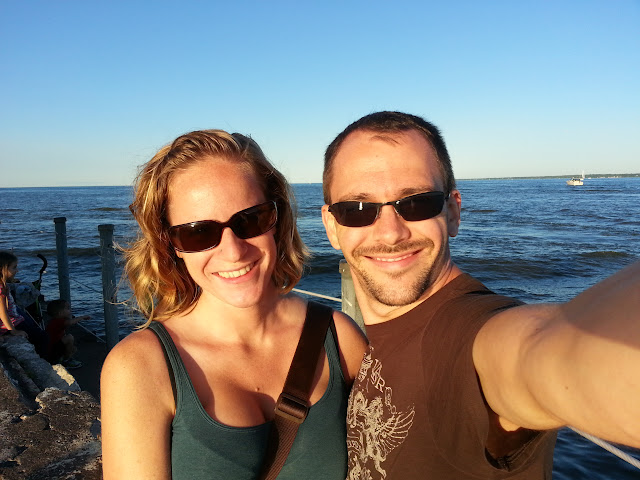 Alright, ya'll. I have not fallen off the face of the earth but life got busy and then it was SUMMER! But now sadly things are cooling off and I'm back to blogging. Not that I'm unhappy to be blogging but I was rather enjoying spending my time doing other fun things. And now I've got plenty of fun things to fill you in on!

Seriously though, life has been full and mostly crazy fun. In the last six months Justin's grandma passed away, we've worked on house projects, worked on yard projects, bought a new car (my dream car; a Suburu Forester!), had Katherine stay for two weeks, run (a little), gone on weekend trips and camping trips, and started prepping for Baby Lange.


Yup. You read that right. We're expecting a kiddo right around New Years! I'm 25 weeks along and feeling great. I've had a super smooth pregnancy so far and haven't really had to slow down at all yet. I did have to give up running fairly early on but only because I don't have the money to buy a new $70 sports bra at this point. Sorry for the TMI but running bras are crazy expensive! I'm still walking plenty though to make up for it. I'm currently taking brisk 3 mile walks four to five days a week and that's been helping keep me sane.

It's been a very uneventful pregnancy though and I'm pretty thrilled with that. For realz though, why didn't anyone tell me how hard it is to pick out kid names?!? We're not finding out the gender so we have to have both names but seriously though. There are so many awesome options! I currently have about 50 of each gender on my list. Granted, some of those are only options for middle names but still. That's a shit ton of names to sort through. And Justin is making his own list without looking at mine. So it'll be fun to compare and see how similar our tastes are!


So there you have it. That's been our main source of excitement this summer. I've got lots more to say about what we've been doing but I figure that I'll save all that for later posts. For now though, if you have kids what did you name them and did you have a hard time narrowing things down like I am? Tell me what names you love! There's always room for a few more on my list! ;-)