Yes, this is all I do lately. Why do you ask?

I have more bracelets to show you! I've been spending almost all of my free time making these. Well, that and cooking. I have some recipes to post later. But for now. Enjoy! 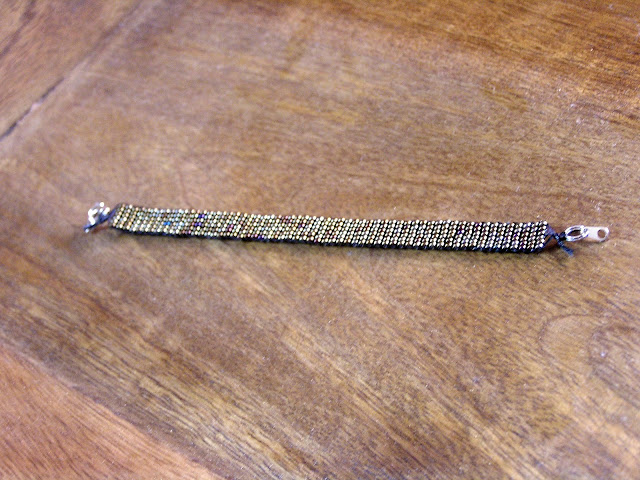 A bracelet for me. I used those same beautiful bronze variegated beads. 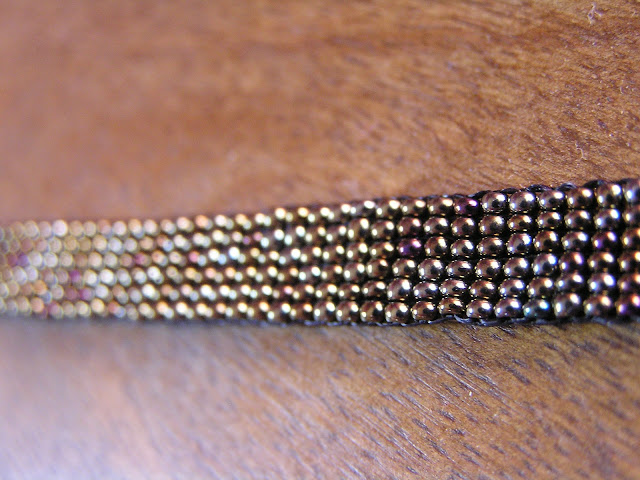 I also finished up my anklet. But it looks exactly like the last one so I figured I'd skip the picture. Here's hoping this one holds up better than the first. 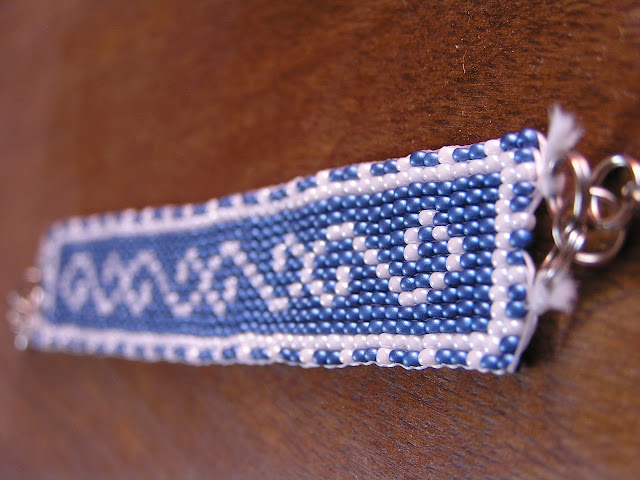 I love this one. That shade of blue is to die for! The pattern actually came from a seller on etsy. I made a few changes but it's mostly the same. 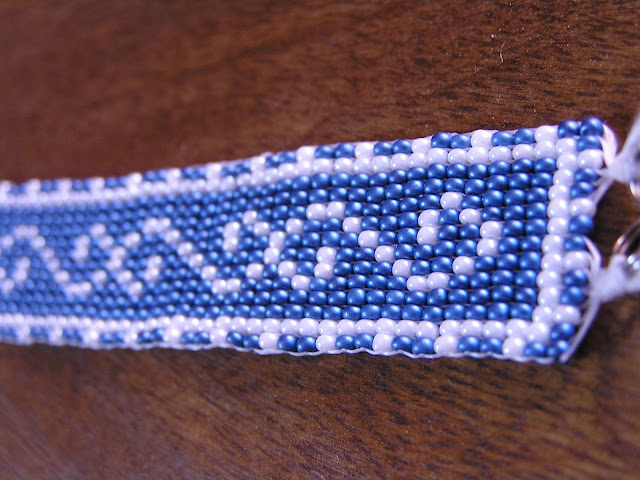 Unfortunately, I was constrained by the length of the pattern, so the bracelet is a bit smaller than I prefer. I can wear it but it is almost impossible to put on myself. That is something I'll have to correct. Or if I make it for someone with a larger wrist, it would be a simple enough fix. I just have such crazy small wrists.

That's all for now. I have more patterns in mind. I should be starting a new bracelet this weekend. I also have two more finished bracelets to photograph along with some pictures to post of what we've been eating. Expect to hear from me soon!