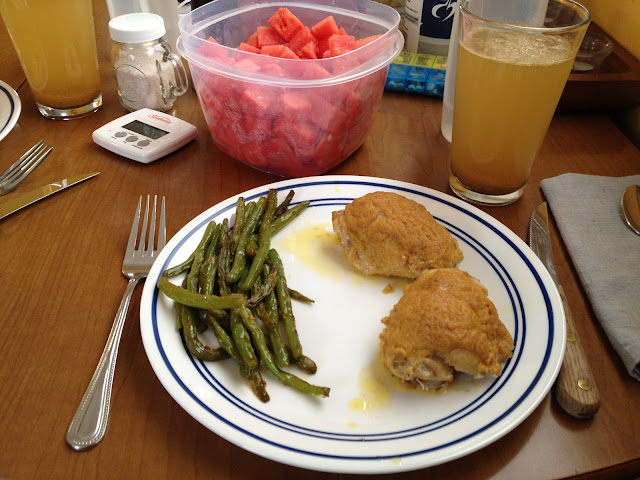 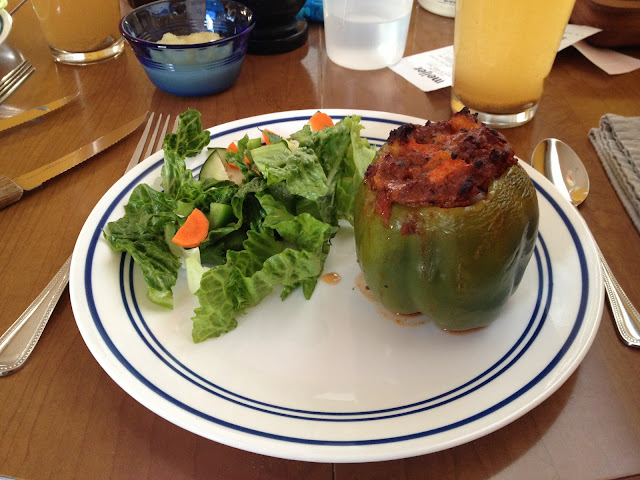 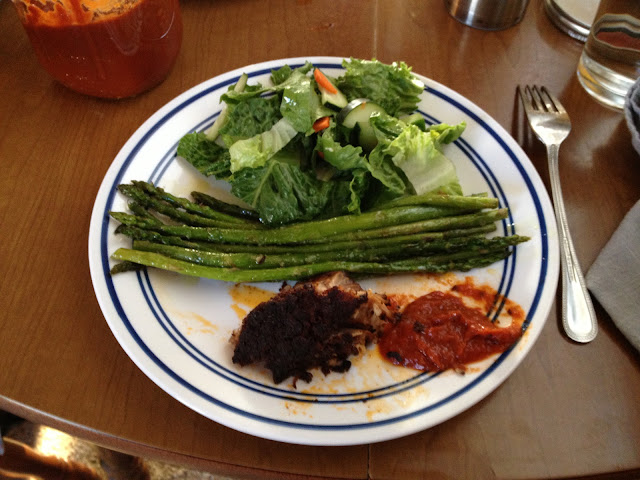 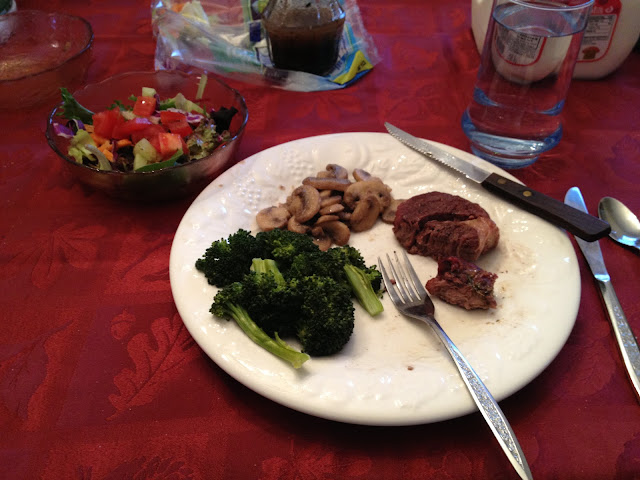 Week two has been rather uneventful for us over here in Langedom. We definitely had some better recipes than last week. The only recipe I wasn't a huge fan of was was the Chunky Cioppino which I guess was technically on day seven of last week. It wasn't very good as leftovers though so I wouldn't do that again. But the rest of this week's recipes were great. I'm a little tired of bell peppers although the stuffed ones we made were really delicious. For the most part the food has been quite good. I'm getting rather tired of the paleo recipes though. I don't miss the grains too much but I do miss dairy and beans. There are so many of the recipes that would be that much better with just a hint of cheese on top. I'm definitely looking forward to that being done.

Easter was a harder day for me in terms of what I couldn't eat. Everyone in my family is a very good cook and there were several things that I really wanted that I couldn't have. I mostly just wanted a piece of angelfood cake though. I haven't had it in years and it's my absolute favourite kind of cake. So that was really hard. And, like I was saying, I'm getting rather bored of paleo recipes.

I think part of the problem is that there's no noticeable health changes. I feel the same healthwise as I did before we started. My energy levels are the same, I still get hungry between meals despite eating more, I still occasionally get hypoglycemia and can't figure out why. But I still don't seem to have hit any of their stages yet. I definitely haven't started having vivid erotic dreams about my favourite foods and I'm not having intense food cravings. I've had some mild longings about things, such as my angelfood cake issue and a square of milk chocolate sounds good right about now. But for the most part I've really been fine.

So yeah. In a couple of weeks we can start reintroducing foods and seeing how we react to things. I'm eager to see how we do on cheese in particular. I'm expecting that we'll do fine on yogurt and raw milk which is good. Because I really, really miss my raw milk. I can't wait to have a ice cold glass in about two weeks!
Posted by Unknown at 9:47 AM